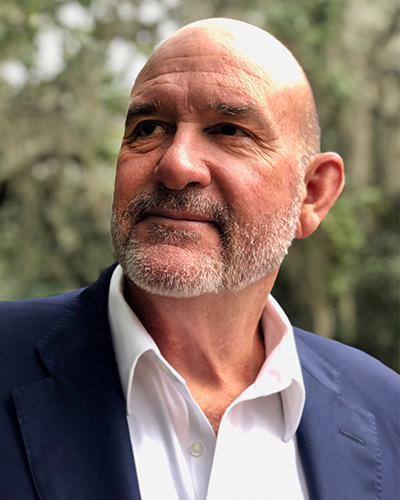 Dykes Everett, a native Floridian, comes from an agricultural tradition of many generations.  After earning his law degree at the University of Florida in 1985, Everett began his law practice in Central Florida with the firm of Winderweedle, Haines, Ward & Woodman, where he practiced until 2006.

During his law career, Mr. Everett practiced primarily in the areas of land use, conservation, environmental, government and litigation, and he served as City Attorney for the cities of Orlando and Winter Garden.  He also served as Counsel to the St. John’s River Water Management District, the South Florida Water Management District, and other local and regional governments as well as a variety of private sector business and agricultural clients.

Through his practice and company, Mr. Everett has been directly engaged in the conservation of land, water, and habitat on over 2,000,000 acres in the U.S.  He has overseen the management and operations of over 1.3 million acres of farms and ranches.  His companies have handled the restructuring and disposition of over one billion dollars in commercial, industrial and residential real estate.

Mr. Everett has served on private and public company boards in the land, natural resource and agricultural sectors, as well as boards and committees in the areas of education and conservation.  Current board memberships include Audubon Florida, the Florida Cattlemen’s Foundation, the University of Central Florida’s National Center for Integrated Coastal Research, and the Winter Park Land Trust. He is also a member of The Florida Bar Association.

Mr. Everett has also served in leadership and board positions in numerous community organizations including All Saints Episcopal Church, Trinity Preparatory School, Winter Park Day Nursery, Mead Gardens and United Way. He is most recently a founding member of the Civility Posse; an organization in Winter Park dedicated to restoring and fostering civil community debate and decision making.

Mr. Everett and his wife, Lisa Simonton Everett, own the Christmas Creek Ranch in Ft. Christmas, Florida, and reside in Winter Park, where they are active in arts, conservation, and civic affairs.