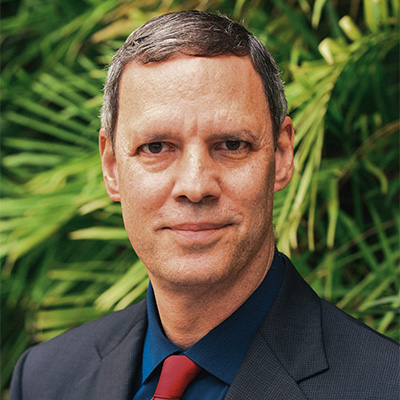 Peter Cranis grew up in Melbourne, Florida attending and graduating with honors from Eau Gallie High School and Brevard Community College (A.A. in Journalism). He went on to the University of Central Florida and received a B.A. with honors and an M.A. in Communications. He was also an adjunct professor at UCF for 26 years. His 30-year career began with handling Advertising, Public Relations and Marketing at Church Street Station; Sprint Telecom; SunTrust Banks; and global bank software firm Kirchman Corp. He then determined that tourism was his passion and became Director of Marketing at the AAA National Office, followed by a 16-year tenure at Visit Orlando where he was Vice President of Global Consumer Marketing and managed 40 staff members, a $25 million marketing budget and attraction ticket sales of $14 million. His next endeavor was as the Head of Sales and Marketing at the Orlando Eye (The Wheel at ICON Park), a 400-foot tall observation wheel in the heart of the Orlando tourist district. He has been Executive Director of the Space Coast Office of Tourism since March, 2019, managing a staff of 16 and a $40 million budget. His passion is marketing, tourism, the beach, and Brevard County where he has lived for the last 14 out of 15 years.